So, call me crazy or whatevs but I have a sense of adventure and sometimes that means reading all fucking night – as in literally all night – or maybe just til 4am or writing until midnight or binge watching two seasons of GIRLS because they are seriously only 30 minutes each, or thereabouts.
It’s 6am and there is fucking birdsong outside, as though I didn’t just have my heart ripped out of my chest and then put victoriously back by Adam Driver running through the streets without a shirt to the woman he loves because he loves her. And now I can’t watch season 3 consecutively because kids, and all that, and adult themes on the big screen etc. Yeah, that scene on her chest, um, right.
So I have been imagining one of the main characters in the book I’m writing as looking like Adam Driver, so all this bullshit with my friends giving me Kylo Ren/AD gear for my birthday? Hilarious and coincidental, but also inspirational.  And frankly, watching these two seasons – in 9 hours or so – has confirmed in my mind just what the hell is going on with that character because he was elusive until now, which totally threw me because hello? I created you, you fucker, you don’t get to jerk me around etc. And the other guy who I thought was THE guy, might not be the guy, and that kind of breaks my heart as well, but maybe it’s not four days worth of heartbreak over an imaginary character like last time, so I guess that is just as telling.

I, apparently, have a number of contingency plans, should the god-awful, worst-case scenario occur in a hypothetical, parallel world. Boyfriends. If Husband is taken from this world too soon – and let me be perfectly clear and say that any time would too soon, regardless of his occasional open mouth snoring and stealing the fucking blankets and not sorting out his GD washing – I have a lot of celebrity boyfriends who may or may not step in to fill the vacated position. Ryan Gosling was never really on my list, but if he calls me, then maybe I will reconsider. 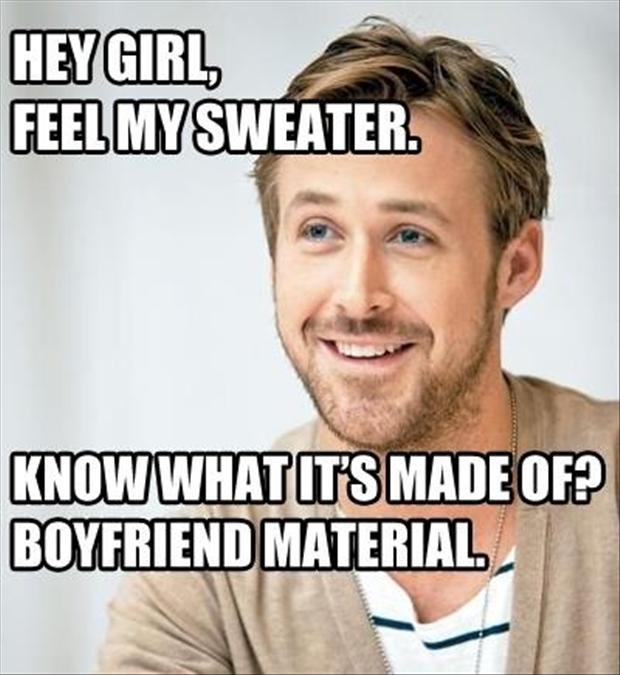 I found this online. Maybe I'm on his list, too, if Eva ever kicks the bucket

Marky Mark was on the list early, and not because of his NKOTB bro Donny. Marky Mark kicks everyones collective asses in movies such as Date Night, The Departed and Four Brothers. I love the gritty shit.
I then thought that I might marry our house cleaner if Husband bought the farm, because she never judges and I like the way she rolls, the vacuum cleaner through the mess, like a scythe. Elaine is hardcore.
Christian Bale gets shit done in The Dark Knight trilogy, and who doesn’t love a man in a thick rubber suit of black armored draw your own conclusions, who talks dirty to people with a lisp?
And then came Kylo Ren, with his dark cloak. And sure, that mask is certainly creepy, but it’s also kind of maybe sexy as hell. Or was it his grasp of the midiclorians (sp?) that allowed him to stop the space time continuum for one or two individuals he was “questioning” whilst all hell was being broken loose upon a village of poor unsuspectings? I might have been a little hot under the cloak, myself.
And recently, Charlie Parker. He’s actually a fictional character created by John Connolly who rules the book-writing skies along with Stephen King and Joe Hill and a bunch of other amazeballs writers whose names will take up too much space to write. But yeah, Charlie Parker. Rugged, dangerous, capable as all get out, probably built like Noah’s Ark with eyes to cut you in half as you lose yourself in them. Or words to that effect. I started the new Charlie Parker novel recently, A Song of Shadows, and one of the praise quotes on the dust cover reads “The intensity of a madman and the subtley of a poet” and that’s it in a nutshell. I told Husband about Charlie Parker being my new boyfriend and he all but screamed out a resounding “noooooooo”, because he also wants Charlie Parker to be his boyfriend because of the above rad reasons. But honestly, he will probably be busy with his other boyfriend, Tom Hardy, and that’s fine with me.
Mmmm, celebrity boyfriends.