Seven years old. Time flies and (insert more sentimental clichés).
7yo had plenty of big ideas for how he wanted his party to be but we finally settled on BMX Bandits. We’ve had it for a year or more and sometimes the kids watch it 10 times a week, what with sneaking it out in the morning, on weekends after lunch and before bed some days. But school is back so I’ve had to hide it. Anyhoo they love it.

So I picked up a few styrofoam gravestones from the party shop and then made a bunch more from annoyingly heavy cardboard, because in the movie they run away from the bad guys through a cemetary. 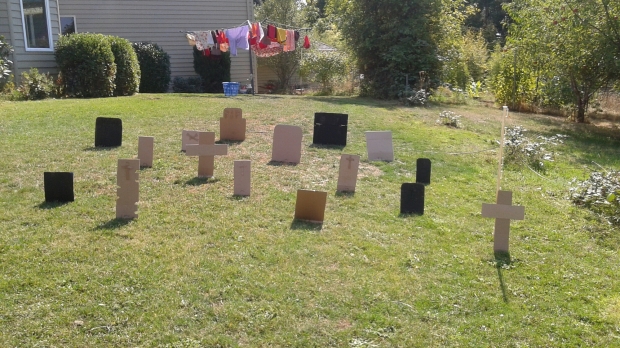 Took the clothes off the line before people arrived

So we had the kids run under the trampoline, down the hill, past the boys’ little-used-but-painstakingly-put-together hideout, up past the birds, then through the graveyard to where the bikes were waiting for some radical action. We hired a bubble machine and had the sprinkler going at the end because it turned out to be a hot day, and there is a great foam fight at the end of the movie. 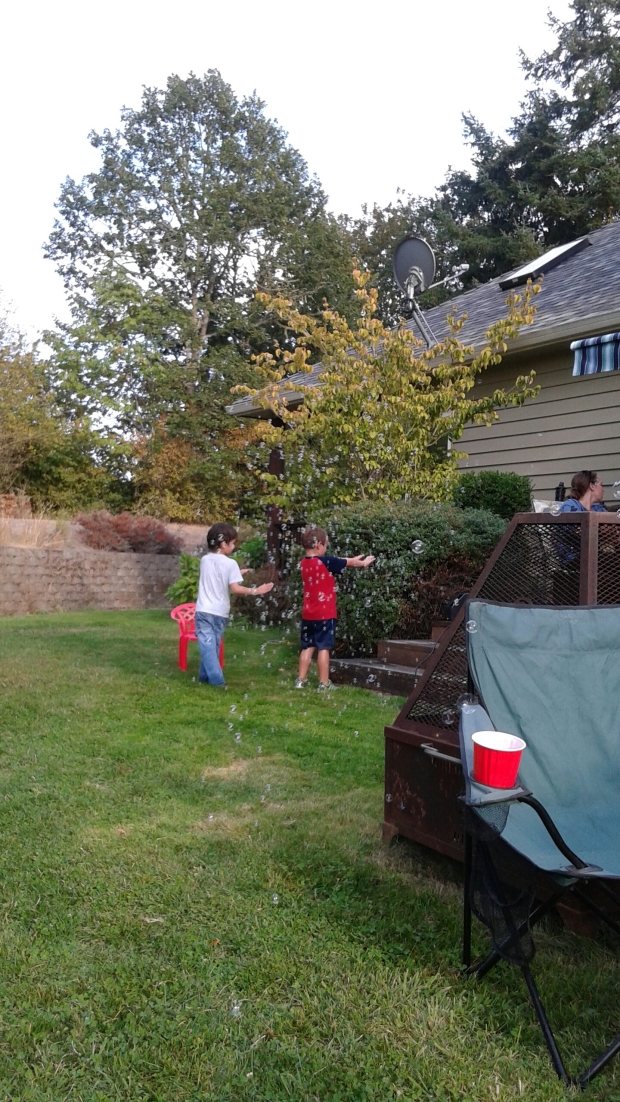 Not quite as foamy as I'd have liked

The kids then watched the movie while adults relaxed outside and polished off the snacks. 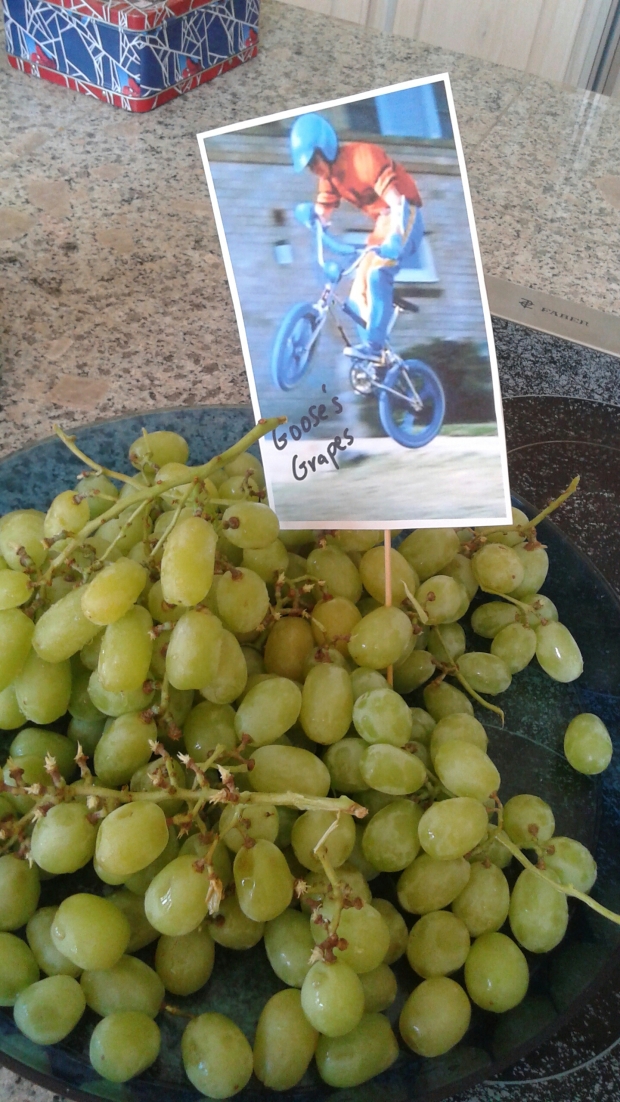 Simple but so much fun! I highly recommend getting radical on your kids’ next party.

One thought on “Another Birthday Party”